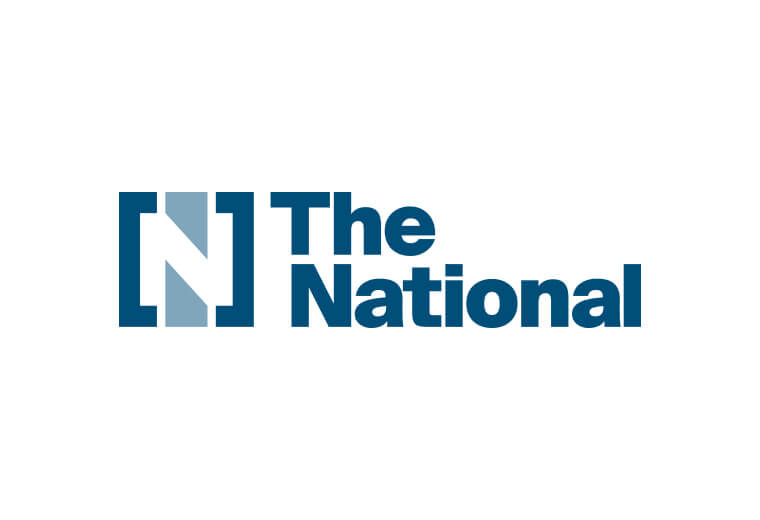 Ulugbek Yuldashevhas scaled-up his e-commerce retail business from just three employees to over 600 in less than five years. Using his life savings of US$30,000, he built up Awok from a single office serving one market to a company with a head office in Jumeirah Lake Towers and a 75,000 square feet fulfilment centre in Dubai Investments Park selling goods in two countries. What’s more he has entirely bootstrapped the business, not taking a dirham from outside investors and continuously re-investing any profit back into the company.

Mr Yuldashev says that he has been able to grow so quickly because he is solving a problem with Awok that few others are tackling. Upon arriving in the UAE he noticed that the retail needs of the mass market, essentially those on low and middle incomes such as construction workers and those in junior white collar jobs, were not being met. Such a problem is very common across the Arabian Gulf and other parts of the wider Middle East where there are large populations of expats.

“When we started Awok we found that the mid to low segment [of consumers] were not being served, not just websites but also offline stores.”

This segment, accounting for about 60 per cent to 70 per cent of the UAE population, is very price-oriented, he notes.

“The closest [in terms of retailers that might serve their needs] would be Dragon Mart or Lulu Hypermarkets. You won’t see them often in Dubai Mall or other [similar] malls."

Even with such retail destinations, this type of consumer would typically need to overcome language barriers to negotiate for the best deal or visit several stores in a single outing to compare prices. Factor in that a trip to a mall also includes the extra cost of transport and a meal or refreshments and nothing out there is ideal, says Mr Yuldashev.

How does he know all this? A decade ago, when he came to the Emirates, he says he was part of that segment of consumer.

Amazon’s acquisition of Souq.com earlier this year has been seen as a watershed moment for e-commerce and the digital economy in the Middle East. That deal triggered a series of acquisitions in the sector as well as the anticipation that more players will enter the market, particularly local competition in the shape of Noon.com, backed by Emaar chairman Mohamed Alabbar.

“Amazon isn’t problem-solving, it is introducing competition, a new business model to compete with offline [retailers] and give you convenience, discount on prices and nice service,” says Mr Yuldashev. “In most cases, e-commerce [retail] businesses have been created for convenience. They don’t actually solve a problem.”

Enter Awok in 2013, which at first provided electronics before expanding its philosophy of quality at a low price to about 30 categories of goods including watches, clothing and household appliances. Mr Yuldashev says that on his site a customer can get 10 to 20 items for Dh100 compared to 2 or 3 on average elsewhere. As a result, Awok has lots of repeat business.

“This has given our company very good growth,” he says. According to Awok, the volume of orders it received last year was three times the amount it received in 2015. For this year it is forecasting orders to grow five times year-on-year.

“We are actually making money; we can say we are at break-even,” says Mr Yulshadev.

However, for Awok to have been in a position to successfully tackle the perceived problem it was created to solve, others had to first overcome broader challenges to the growth of the digital economy in this region.

Ease and cost of access to the internet, in particular, is a factor in the success of e-commerce and in particular for the lower income segments that Awok is targeting. Such barriers to entry, however, are no longer a problem in the Gulf, according to Mr Yuldashev.

“Thanks to [operators like] du and Etisalat, internet and smartphone penetration is almost 80 per cent which solves the problem of ease of access to the internet. There is 3G/4G already. Minimum speeds are good enough to watch YouTube [on your device],” he says.

A lack of logistics infrastructure for cross-border e-commerce in the region could also have been a hindrance to Awok’s growth but Mr Yuldashev’s timing has been fortuitous thanks to the aggressive investment by several big players in the last two years.

“When we started out in 2013 no one was interested in e-commerce or these challenges – mainly logistics. These challenges have been solved. Four or five [of the biggest] logistics players, such as Empost, are working very aggressively for e-commerce.”

Awok began selling products to customers in Saudi Arabia in April; since then, Mr Yuldashev says the growth in sales has been more than 100 per cent month-on-month.

Another traditional hurdle to overcome for e-commerce in emerging markets has been the risk of payments, a challenge partly sidestepped by cash on delivery options. However, for the segment Awok is targeting this particular dilemma has also been dealt with by other parties, in this case, the UAE government.

The wages protection system for low-income workers, such as in the construction sector, has meant that they have the ability to pay for things online.
“The payment of salaries to cards is helping us. 30 per cent of sales in the UAE are via credit and debit cards which compares to 20 per cent on average for the sector,” says Mr Yuldashev.

Awok has still had to tackle the thorny problem of the last mile, or how to efficiently and effectively make deliveries to customers. The solution used by the company was to create its own in-house logistics capability. Of the company's 600 plus staff, 150 are couriers.

“It was so expensive; you wouldn’t believe how expensive it was to do [but] the challenge created an opportunity because today we have very cheap costs [in terms of deliveries],” he says.

Mr Yuldashev has not yet opened up Awok as a marketplace for third-party suppliers to sell directly to consumers – at Souq.com and Amazon have – which means the company has to deal with warehousing, quality control and the initial investment for all of the 50,000 products for sale on its website. He claims however that the effort is worthwhile, as it ensures the customer gets the best price and quality possible.

“We have 2,000 suppliers. We hold inventory. We have quality control that works on the entry of the product and before it is shipped to the customer. This happens for each ‘sku’ that passes through our fulfilment centre. We can ensure the best prices by buying in bulk. We pass the savings on to the customer,” he says.

Such an approach goes back to Mr Yuldashev's roots, working since he was 12 years old with his family back in Kyrgyzstan.

“Warehousing, inventory business models, since I was 12 years old I have been dealing with these things,” he says. “So this part of it was one of the easiest to solve for me. By 18 years of age, I already had a warehouse to manage.”

Before starting Awok, Mr Yuldashev was in the wholesale business, which meant that he saw an online retail business as having the same headaches but much more opportunity on the upside.

“In another business, we already had all these things up and running. Coming up with a similar structure but for online was even easier. Online removes borders. We can access any customer wherever he is,” says Mr Yuldashev.

He does intend to open up Awok for third-party sellers at some point, an approach that will set him on a collision course with the might of Amazon. Once it fully enters the region through Souq, the online retailer is expected to dominate the local e-commerce scene. Such a prospect is giving VCs pause for thought about investing in other e-commerce players, with the perception that they will be unable to compete with Amazon's scale. Awok has been in talks with external investors about its planned expansion in the GCC and Middle East, but for once the timing may work against Mr Yuldashev, at least in the short-term.

Philip Bahoshy, founder and chief executive of the tech start-up tracker Magnitt, says that there will be consolidation across the region’s e-commerce sector as the current players expand into new markets. This competition is healthy and should ultimately benefit the consumer in the region with better customer service and prices, he says.

“In the case of Awok, Souq and [online fashion retailer] Namshi, ultimately while products may be slightly differentiated, the adoption rate will be somewhat skewed by who has the best online experience, lowest delay and best delivery service,” he says.

However, Mr Yuldashev believes any hesitancy on the part of investors in the region to back Awok is down to a lack of understanding of the segment the company is targeting.

“We are ready to go to VCs [but] I don’t know how much they are ready to come in right now. Our VCs in the region ... are used to the usual segment of e-commerce where you are serving mid to high-level customers with branded stuff. We serve the mass market. I don’t think ... our VCs clearly understand this type of business [at the moment],” he says.

Still, Mr Yuldashev is bullish about the Amazon-Souq deal and the massive benefits it will bring for the region’s digital economy.

“Amazon’s acquisition of Souq will grow the whole ecosystem. This is good. When Amazon is investing in the region it gives hope to the young talented people to think about taking a risk to do their own start-up.”